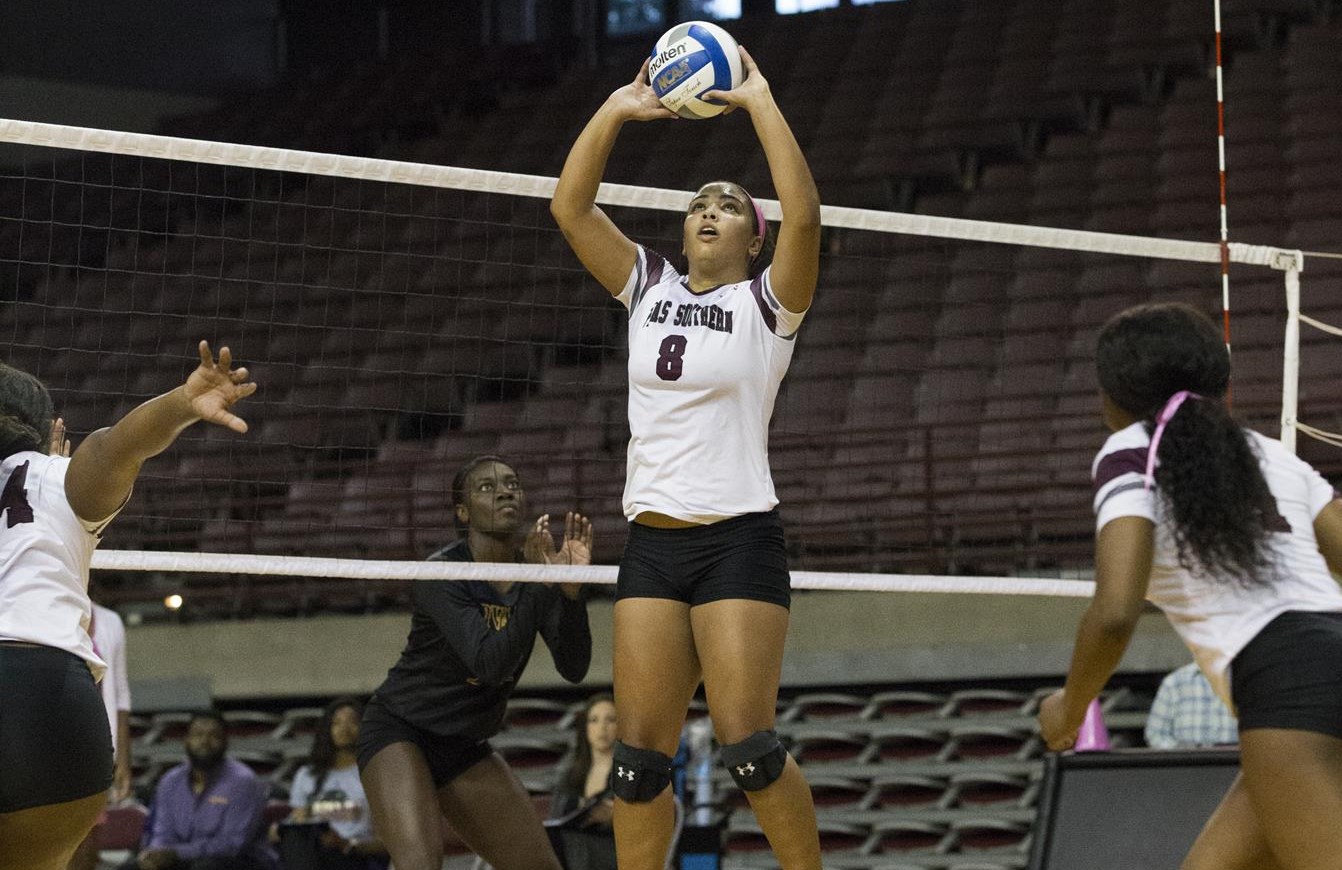 TSU opened set one with a bang for the second straight night as they took control early and held off a pair of late charges from BCU en route to a 25-20 victory. Both teams were neck-and-neck to open set two until an 8-2 run created separation by BCU for a 15-9 margin. They would never look back after regaining the lead and tied the match 1-1 after a 25-16 win.

TSU dug deep and regrouped to open set three as it was a back-and-forth affair which featured a plethora of lead changes down to the final point. BCU would claim a 20-19 margin but TSU managed to knot it at 20-all after a kill from Kaitlyn Scroggins. BCU retook the lead at 21-20 but TSU’s Radka Brichackova stepped up with a kill and service ace to swing momentum back for a 22-21 margin. TSU would hold on to the lead from that point to move ahead 2-1 after the 25-23 decision.

Set four was full of theatrics as TSU lost a late lead (23-22) only to fight back and force a deuce point on Nia Stone’s kill (24-24). BCU would have an opportunity to clinch after claiming a 25-24 margin but Stone once again added a kill to knot the score at 25-25. The lead would change hands on three more occasions until back-to-back points by BCU concluded the set at 30-28.

TSU would move out to a 9-5 lead in the deciding set until a BCU rally allowed them to tie the contest at 11-all. The Tigers would move back on top by a 13-12 margin but lost the lead and match after a BCU kill and a pair of attack errors.

TSU may attempt to add another match over the weekend so please stay tuned to TSUSports.com for updates. If not, the team’s next match is scheduled for Sept. 10 at McNeese State in Lake Charles, La.