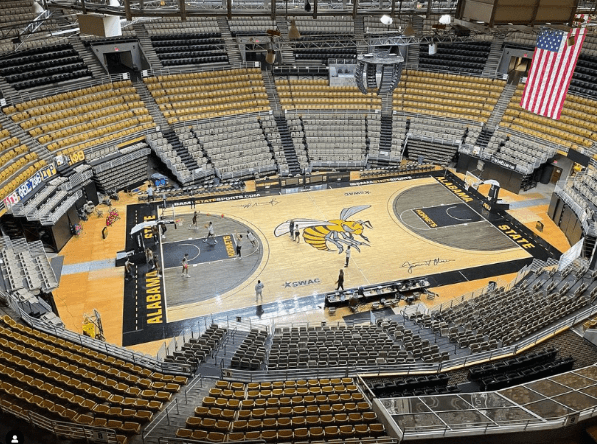 • TSU closes out its road trip at Alabama State Monday evening inside the Acadome at 5:30 p.m.

• While Alabama State has 50-37 advantage in the all-time series against Texas Southern, it is the Tigers that own the series as of late with 10 wins in the last 14 outings including last season’s 67-64 win thanks to 15 each fom Ataiya Bridges and Andriana Avent.

• Micah Gray earned her second SWAC Player of the Week honor of her freshman campaign after setting a school-record 41-point performance against Arkansas-Pine Bluff on Jan. 7 then helping the Tigers earn their first win of the season with a 24-point, 5-rebound and 3-steal performance on Jan. 9 against Mississipi Valley State. Micah Gray’s 33 against Central Florida was the fourth highest single-game performance in at least the last 12 years.

• Texas Southern is looking to extend its winning streak as they close out a two-game swing at Alabama State on Monday night in Montgomery, Ala.

• The injury bug has infected TSU in a big way as the team was down two key starters in every SWAC game until Jan. 16. TSU is slowly getting back to full strength as the team is 2-0 with the starters back in the rotation.

• Jones is 7-1 lifetime against Alabama State.

• TSU has dominated the series against Alabama State recently as the Tigers have won 22 of the past 24 match-ups. TSU’s last loss to ASU was on Feb. 3, 2020.