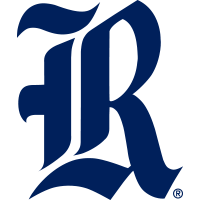 Sunday’s match-up marked the return of TSU head coach Vernette Skeete to her former employer as she served as Texas A&M’s co-Associate Head Coach for the 2021-22 campaign.

TSU led 5-2 to begin the first quarter but they would commit five turnovers over the next few minutes which sparked a 12-0 run as the Aggies led 14-5. Kamryn Bates ended the drought for TSU with back-to-back buckets to draw within 14-9 but A&M answered with a. basket with 1:01 left to claim a 16-9 first quarter lead.

The deficit would increase to 19-9 early in the second quarter but freshman Micah Gray would arrive to the scene with a three-pointer followed by fellow freshman Jaida Belton’s block. A TSU turnover would lead to an Aggie basket and a TSU timeout as they trailed 21-12 with 8:07 remaining.

TSU would come out of the timeout with a jumper from Andriana Avent but Sydnee Roby countered with a basket to keep the Aggies’ lead to nine at 23-19. TSU would force an Aggie turnover and Gray trimmed the lead to 23-17 with a three-pointer. Both teams traded baskets over the next few minutes as another Gray trey saw the Tigers close the gap to 29-25 with 2:51 left. The Aggies scored the next four points to up the lead to 33-24 but Alisa Knight’s trey closed out the scoring for the half as TSU trailed only 33-27.

Gray started the second half off with a jumper as TSU narrowed the deficit to 33-29 with 9:42 left. However, the Aggies went on a 9-0 run as the deficit grew to 42-29. Gray once again put the team on her back as the freshman from Oklahoma City, Okla. scored seven consecutive points as her trey with 4:14 left drew TSU to within 42-36. The teams traded jumpers as the quarter came to a close as TSU was within six at 48-42 entering the final quarter.

The Aggies led by eight to open the fourth quarter but Gray again rose to the occasion with consecutive treys as TSU was within 50-48. Texas A&M countered with a jumper and two free throws to move within six but Avent answered with a putback as TSU trailed 54-50. A&M went on a 7-0 run to up the margin to 61-50 as the closest TSU get from that span was seven on a Belton bucket.

TSU is back in action on Wednesday at 2 p.m. against Rice inside the H&PE Arena.