TSUSports.com: Early Runs Haunt Tigers In Loss At No. 9 Kansas 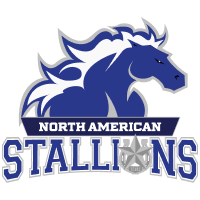 TSU opened the first half with a John Walker III jumper but three consecutive three-pointers by the Jayhawks followed by a dunk moved the momentum meter back to them quickly as they led 11-2. Zytarious Mortle ended the scoring drought for TSU with a layup at the 14:29 mark followed by six straight from Davon Barnes as the Tigers settled down and narrowed their deficit to 14-10 with 11:48 left.

However, the Tigers couldn’t capitalize on its last run as Kansas responded with a 17-4 run over the next seven minutes as the deficit grew to 33-14. TSU would begin find its scoring groove late in the half as Mortle scored five points followed by a PJ Henry three-pointer as they trailed 40-25 at halftime.

Four turnovers within the first four minutes of the second half didn’t do any favors for the Tigers as Kansas took advantage and opened the period with a 12-2 run as the deficit grew to 54-27. The Tigers would never recover as the Jayhawks won for the sixth time in series history.

Barnes led TSU with 22 points on 9-of-14 shooting while Mortle added 11 followed by 10 from Walker III. Mortle also led TSU with six rebounds.

The Tigers will have an extended period to regroup and focus on final exams as their next game isn’t until Sunday, Dec. 11 at home versus North American at 3 p.m.