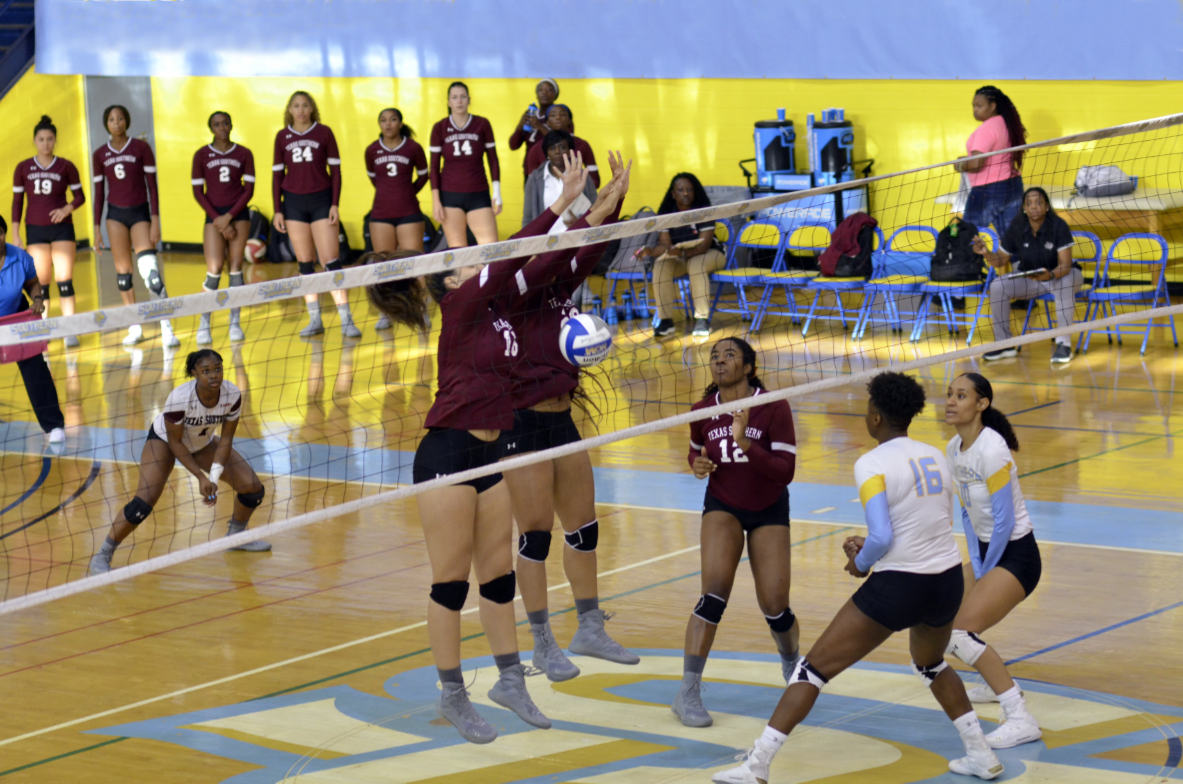 Texas Southern split its Louisiana road trip as they rebounded from Sunday’s loss at Southern with a 3-0 sweep over Grambling State Monday night.

The Tigers saw an early lead in set one evaporate as Grambling State led 16-7 early on. Austin rallied the troops from that point and responded with three kills combined with two attack errors by GSU to cut the margin to 19-14. Atira Jells would take over with a pair of kills as it began an 11-4 run to close out the set.

Set two saw GSU lead midway once again but errors allowed TSU to creep back into the set and tie the set at 21-all. An Austin kill and GSU attack error moved the lead back into TSU’s hands as they held on to win 25-23. TSU took control of the final set midway behind the strength of a 9-3 surge which was led by Lilley’s three consecutive kills to open up a 21-16 advantage.

On Sunday, TSU dropped a 3-1 decision at Southern.

TSU will have little time to rest as they’ll head to Prairie View, Texas for a showdown against archrival Prairie View A&M Thursday night at 6:30 p.m.