HOUSTON, Texas – The Texas Southern University women’s volleyball team is putting together some of its best volleyball of the season winning for the sixth time in eight contests with a 3-2 (25-18, 19-25. 17-25, 25-19, 15-9) victory over Grambling State University inside the H&PE Arena.

The win is not only important for the psyche of the team as the Southwestern Athletic Conference postseason tournament nears, but for seeding purposes as well in the eight-team tournament.
TSU (7-18, 7-7 SWAC) now stakes claim to the fifth seed after evening its conference record while Arkansas-Pine Bluff and Bethune-Cookman remain tied for sixth at 6-8 in conference and Alabama A&M in the final playoff spot at 6-9.

The nearly 500 fans in attendance at the Health & Physical Education Arena were treated to a hot start from the home team as TSU went up 10-5 in the first set on a kill from Danielle Lilley off an assist from Alaiyah Fields.
GSU (14-11, 11-4 SWAC) recorded the next two points before imploding and letting TSU go on a 7-0 run thanks to a GSU service error, three consecutive GSU attack errors, a bad set from GSU and a pair of service aces from TSU’s Kaitlyn Scroggins.

TSU would later go on a 4-0 run to go up 22-11 in the first set thanks in large part to back-to-back kills from Caitlyn Roland before GSU made a game of it until another setting error ended the opening stanza with a 25-18 victory for TSU.

TSU could never get anything going consistently throughout the second and third sets and fell behind 2-1 in set victories before the maroon and gray Tigers caught their second wind and fought back in the fourth.

Texas Southern got up by as much as 19-10 later in the fourth set thanks to a Roland kill, a service ace from Britney Ong and a kill from Thalia Cordero-Moreno.

The fifth set would see head coach Alexis Austin’s crew put on a hitting clinic by putting down 10 kills in 18 attempts with just one attack error to a blistering .500 attack percentage for the final set while holding Grambling State to 5-3-20 for a .100 attack percent. Six different TSU attackers combined for the 10 kills in the fifth set with Kourtni Collier capping off the win.

Roland and Amber Johnson led TSU with 10 kills each as a total of 10 different TSU players recorded at least one kill on the outing. Setter Dallas Balanay-Flores recorded a 25-assist, 11-dig double-double on the night to pace an outstanding effort by the defensive which allowed them to pass the ball to the right areas which then set up the attacking game. Fields would not be outdone as she too recorded an assist-dig double-double with 11 assists and 12 digs.

Scroggins led Texas Southern with 20 digs to go along with a trio of service aces. Ong recorded a team-best four services aces to accompany her 12 digs.

UP NEXT
TSU will have a few days to prepare for the final two regular season matches against two of the bottom three teams in the SWAC standings. Alcorn State will come to the H&PE Arena for a 6:30 p.m. first serve on Sunday, Nov. 13 before Southern heads to Houston the next day for a 6 p.m. start. 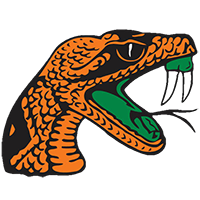