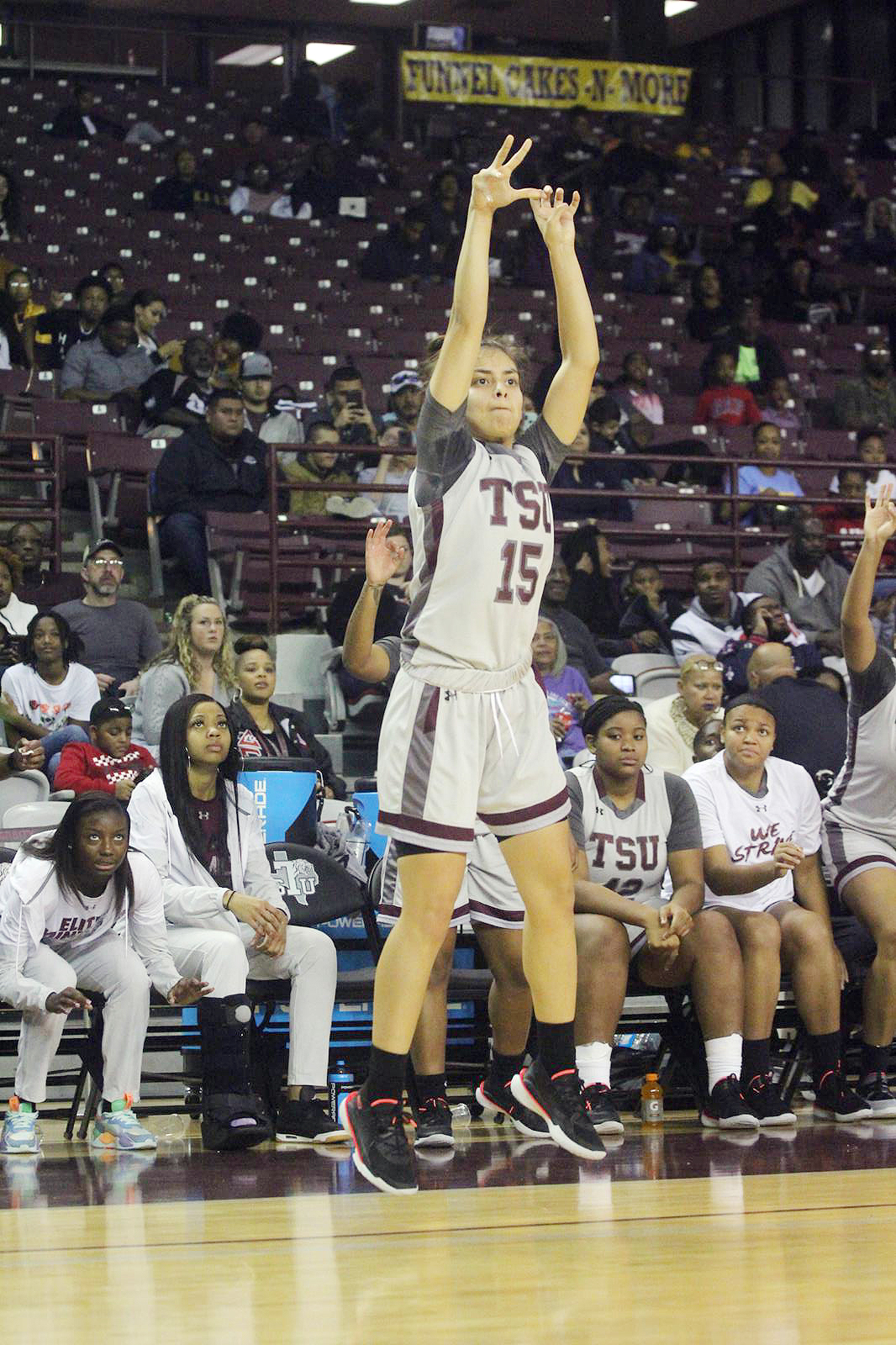 Texas Southern improved to 2-0 in Southwestern Athletic Conference play with a dominant 105-70 win over Alcorn State Monday evening. The 105 points are the most points TSU has scored since nearly 18 years ago to the day. On Jan. 8, 2002, Texas Southern defeated Tougaloo College 106-46.

Richelle Velez scored a game-high 26 points for the Tigers. Velez was sensational from three-point range as she made seven of her 13 three-point attempts including 6-for-10 in the first half to help the Tigers lead 61-31 at halftime. Niya Mitchell continued her stellar season with 22 points, 13 rebounds and five steals. Mitchell only missed one of her 10 field goal attempts in the ball game. Ciani Cryor also scored 22 points and shot 7-for-11 from the floor (3-for-6 three-pointers) and handed out a game-high eight assists.

Velez sank a three-point shot to give TSU a 3-0 lead; and, the Tigers never trailed the rest of the ball game. Velez swished two more three-point shots during the first four minutes of the game to put the Tigers ahead 14-4 with 5:48 remaining in the quarter. Then, Mitchell took over. Mitchell scored eight of the Tigers’ next 14 points to close out the quarter. Texas Southern led Alcorn State 28-16 after one quarter.

Texas Southern took its foot off the gas pedal was their own worst enemy in the third quarter as they turned the ball over 11 times in quarter which helped Alcorn State get within 18 points (71-53) and win the quarter 26-18 as TSU led 79-57 after three quarters.

Texas Southern took much better of the ball in the fourth quarter and only committed four turnovers while forcing Alcorn State to turn over the ball 10 times. Texas Southern took its largest lead of the game with a 20-7 run for a 35-point lead (99-64) with 2:41 remaining in the game. The final suspense of the game was removed when Namiko Adams banked in a layup to put the Tigers over the century mark with 1:33 left.

Next up for Texas Southern is a Jan. 11 home game versus Prairie View A&M. Tip time is scheduled for 5:30 p.m. inside the H&PE Arena.