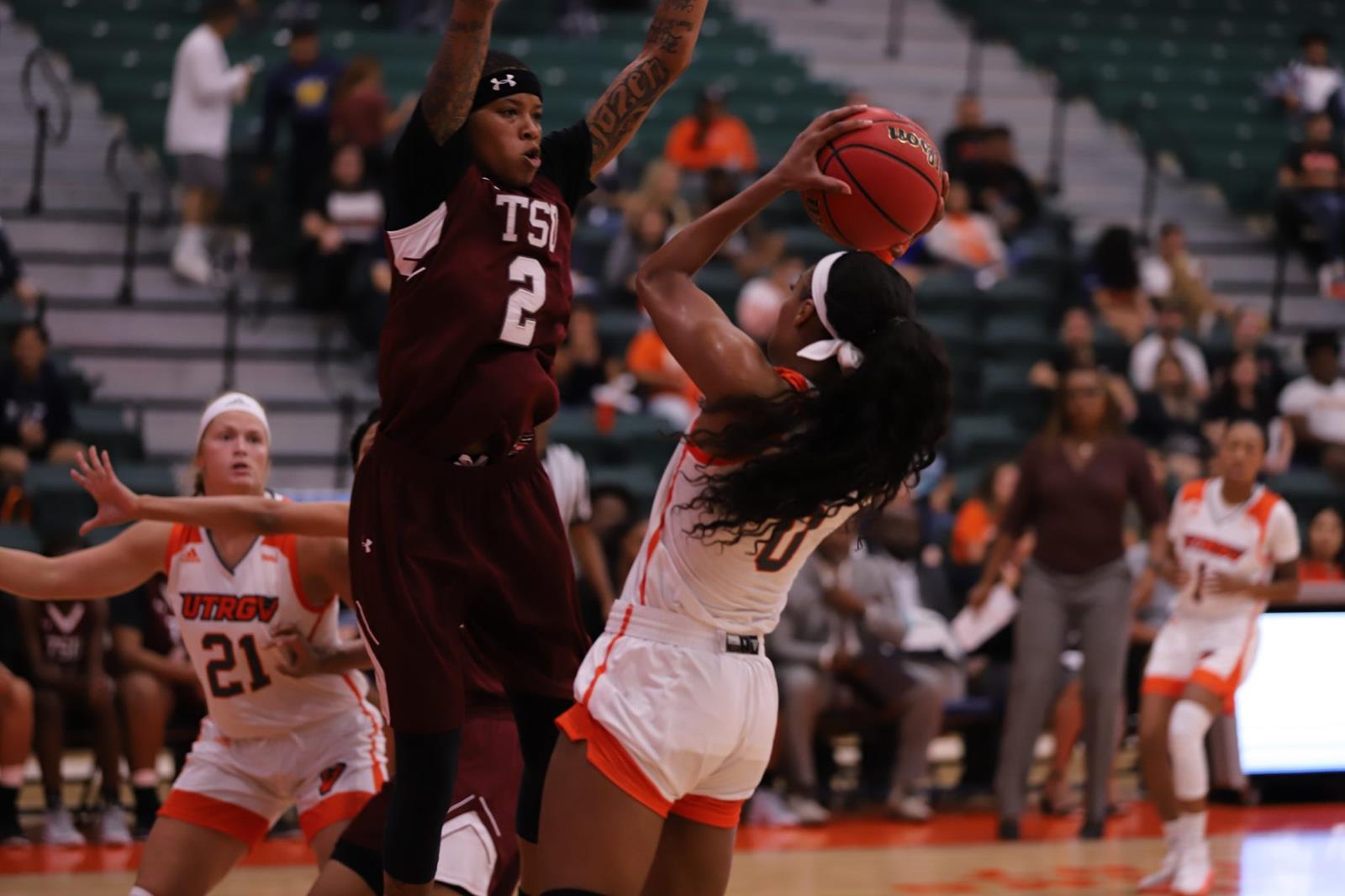 The first quarter was evenly played for the first five minutes but TSU began to gain control as they outscored UTRGV 8-2 to end the quarter for a 17-11 lead. TSU ignited the run with its defense as they forced five turnovers during the stretch while Niya Mitchell, Ciani Cryor and Ataiya Bridges scored on the offensive end as Mitchell and Cryor led the way with seven points apiece.

UTRGV would close the gap to six on two occasions midway through the second quarter. However, Richelle Velez scored a layup and began a 12-0 run which sent the Tigers into the break ahead 35-17.

The Tigers kept their foot on the gas pedal to begin the second half as the lead would grow to as much as 26 points in the third quarter. UTRGV never threatened from that point as Cooper-Dyke picked up her second win all-time in Edinburg as she also won there in her head coaching debut in 2005.

Newcomer Ciani Cryor led TSU with 26 points, seven assists and five steals while Niya Mitchell followed with a double-double of 17 points and 14 rebounds in addition to three steals. Ataiya Bridges scored 12 points on 5-of-13 shooting while Britnee Gabriel scored six points and grabbed five rebounds off the bench.

TSU have nine days off to recuperate as they’ll head northwest to face the University of Oregon on Nov. 16 in Eugene.