Texas Southern senior forward Niya Mitchell completed the trifecta as she was named the SWAC’s Offensive and Defensive Player of the Year in addition to earning first team honors. As a team, TSU women’s basketball was picked to finish fifth.

A 5-10 senior from Bay City, Texas, Mitchell averaged a double-double last season, scoring 14.4 points and 10.7 rebounds per contest. She ranked fourth in the SWAC in scoring, led the SWAC in rebounding (overall and offensive) and ranked second in field goal percentage (49.8%). She led the SWAC and ranked 41st nationally with 13 double-doubles while also recording four-plus steals in eight games. A two-time SWAC Player of the Week, Mitchell also grabbed a season-high 21 rebounds at Grambling State in addition to 18 at UAPB and 17 against Prairie View A&M.

TSU was picked fifth in the preseason poll after finishing the 2018-19 season in fifth. The Tigers will feature new leadership this fall as Basketball Hall of Famer Cynthia Cooper-Dyke returns to the program. Under Cooper’s watch in her first stint at TSU, she led the Lady Tigers to a 20-12 record and a trip to the postseason Women’s NIT in her only season at TSU in 2012-13.

The season kicks off on Thursday, Nov. 7 at UTRGV in Edinburg, Texas. Ironically, Cooper’s first game as a collegiate head coach was in Edinburg back in 2005. 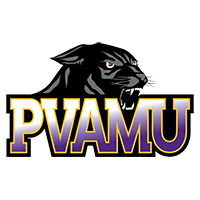