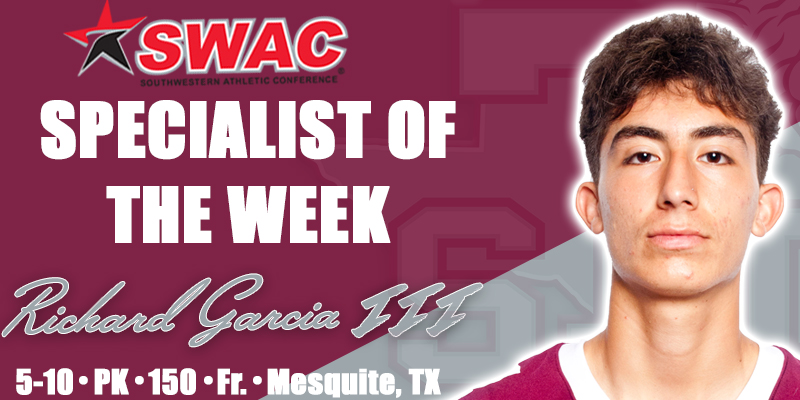 Freshman placekicker Richard Garcia III has been named the SWAC’s Specialist of the Week for his performance at Alabama A&M last Saturday.

Garcia III connected on two field goal attempts (37, 24 yards) and two PATs for eight total points in Saturday’s contest at Alabama A&M. He also recorded three touchbacks on kickoffs. On the season, the Mesquite, Texas native has made 9-of-10 field goal attempts with a long of 44 yards. He is tied for second nationally in made field goals and 11th in field goal percentage.

Garcia III and the Tigers are back in action this weekend for homecoming versus Missouri S&T as the game will be played at Durley Stadium on campus. Kickoff is set for 2 p.m. as tickets can be bought online via tsusports.com.