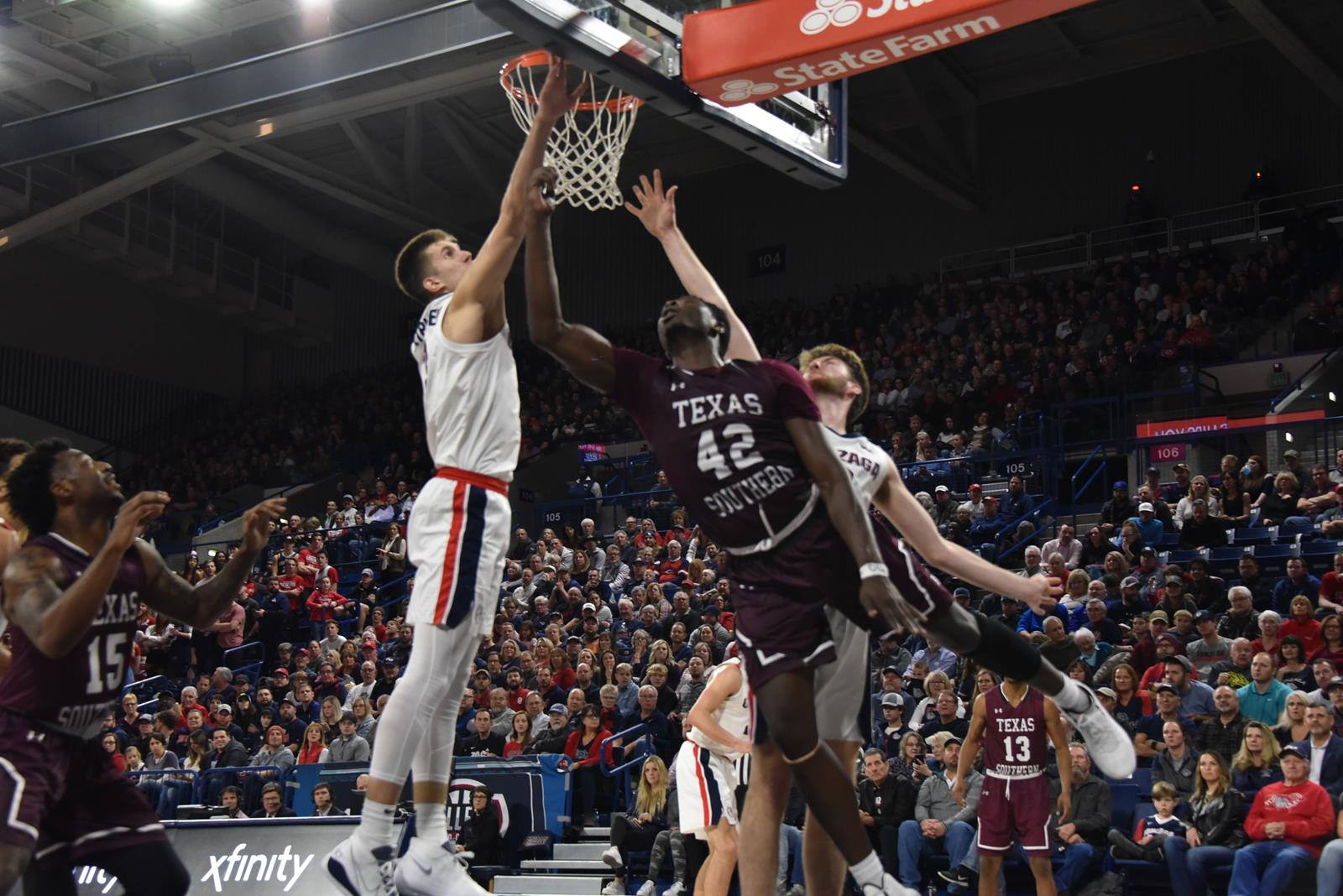 SPOKANE, Wash. – No. 9 Gonzaga broke open a close game midway in the first half with a huge run as they defeated Texas Southern 101-62 Wednesday night in a non-conference contest.

Gonzaga led 11-6 before the first media timeout but the Tigers would continue to hang around as they trailed by only five on several occasions over the next few minutes. The Bulldogs upped their lead to 23-13 with 12:09 remaining but the Tigers fought back and drew to within 25-21 after Bryson Etienne’s basket at the 9:57 mark. Gonzaga’s Killian Tillie would answer with a trey to move its lead to 28-21 but the scoring would cease for both teams over the next two minutes. GU’s Joel Ayayi ended the drought with a basket for a 30-21 advantage but once again, TSU hung tight as Jethro Tshisumpa countered with a basket to cut the deficit back to seven at 30-23 with 6:53 left.

The tide of the contest would turn from that point as Gonzaga closed out the half on a 23-7 run. Gongaza shot 67 percent from the field (8-of-12) during the surge while the Tigers were on the opposite end as they shot 3-of-12 en route to a 53-30 halftime deficit.

The Tigers never recovered after the run as Gonzaga controlled the second half from start to finish.

TSU is back in action Saturday afternoon as they’ll host Concordia at 3 p.m. inside the H&PE Arena.