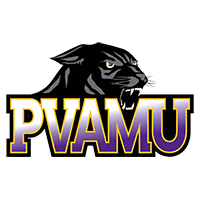 
MONTGOMERY, Ala. – Andriana Avent went off on a Herculean effort providing the Texas Southern University women’s basketball team with 31 points, four rebounds, three steals, three assists and a block but at the end Alabama State came out with an 81-73 decision on Monday.

TSU’s Taniya Lawson’s basket with 6:18 to go in the game gave the Tigers (1-18, 1-7 SWAC) a brief lead. The Tigers were held scoreless over a pivotal 5:10 stretch until Avent made a basket with 1:08 left in the game. Avent went on to knock down a pair of free throws nine seconds later, but the damage had been done with the large run by the Hornets in the fourth quarter.

After a see-saw first quarter, TSU used a 6-0 run in the fist two minutes of the second period to tie the game at 23-23 before a chaotic second quarter came to a close with the Hornets owning a slight 45-41 lead.

Trailing 59-47 with 4:25 left in the third quarter, Avent and Lawson combined for nine points in an 11-2 run as the third quarter buzzer ended. Neither team seemed to want control of the game until after Lawson’s basket with 6:18 to go in the game gave TSU its final lead of the night.

Micah Gray ended with 13 points, three rebounds, two steals and an assist while Lawson chipped in 11 points, three rebounds and two assists. Jaida Belton quietly added in 10 points and six rebounds. Ayana Emmanuel led Hornets with 20 points including 10 from the free throw line to go along with eight rebounds, four assists and a steal.

UP NEXT
TSU will have just one contest this weekend at home in the H&PE Arena as the Tigers host Prairie View A&M on Saturday at 3 p.m. PVAMU is 8-11 overall and 5-3 in the SWAC after losing to Alabama A&M 66-55 earlier in the evening on Monday.