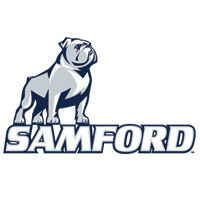 
AUBURN, Ala. – Joirdon Karl Nicholas’ 13-point, 13-rebound double-double led the way for the Texas Southern University men’s basketball team as a second half run was the difference as the Tigers dropped a 72-56 decision at 13th-ranked Auburn University on Friday night.

Karl Nicholas did all of his damage in 35 minutes of play off the bench as starter Grayson Carter played just five minutes all game.

TSU (1-5) did everything it could to stay in the contest but the one statistical category that stands out the most in which Auburn (4-0) had the most glaring advantage was in the three-point shooting variety. Auburn was 7-for-27 for a 25.9 percent from long range while Texas Southern was just 1-for-11 for 9.1 percent.

Both teams battled throughout the opening minutes to establish their type of game and with Auburn leading 9-4, TSU would go on a 5-0 spurt covering 44 seconds to tie the game at 9-9. P.J. Henry’s 3-pointer with 14:30 left in the opening half was soon followed by a steal and fastbreak rim-rocking slam dunk by Zytarious Mortle to tie the score at 9-9 at the 14:11 mark. Auburn mirrored the result and hopped back out to a five-point lead on a long-range make followed by a dunk. Texas Southern would eventually keep itself close enough to allow John Walker III’s layup off an assist from Isaiah Marin to give TSU a 15-14 lead with 11:32 to go before halftime.

Trailing 22-17 with 6:47 left until halftime, Davon Barnes’ jumper in the paint and a layup from Nicholas with 4:39 drew TSU to within one at 22-21. Both teams traded baskets the rest of the first half including a Nicholas fast-break dunk with 11 seconds left before the half assisted by Henry. Nicholas started the play with a steal from Auburn’s Chris Moore.

Mortle’s layup just 19 seconds into the second half off an assist from Walker III brought TSU level at 29-29. A little over a minute later, Walker III would score himself giving TSU its largest lead of the night at two points at 31-29.
From then on, it was all Auburn as the hosts weren’t so kind to the visitors and quickly jumped out to a 10-point lead on a 14-2 run. TSU fought valiantly in defeat not allowing the opposition run away with the result early and making Auburn fight for every point earned.

Barnes added 12 points for TSU to go along with two rebounds, two steals and an assist. Henry was a third member of Texas Southern to enter double-figures scoring with 11 points while Mortle had a good outing with nine points and six boards. Auburn’s K.D. Johnson led all scorers with 16 points and was closely followed by Jaylin Williams and Moore with 14 points each.

UP NEXT
Game three of a four-game stretch on the road will see Texas Southern travel to Samford University in Birmingham, Ala. on Sunday, Nov. 20. Tipoff between the Tigers and Bulldogs is scheduled for 2 p.m.